The Leitner Center Announces the 2022-23 Class of Crowley Scholars

The Leitner Center for International Law and Justice is proud to announce the 2022-23 Crowley Scholars, marking the 25th class of Fordham Law students to engage in rigorous, hands-on training in international human rights advocacy since the Crowley Program in International Human Rights was first established in 1997.

Anna Charny graduated from SUNY Geneseo in 2019 with a B.A. in International relations and minors in Spanish and Sociology. During her undergraduate years, she interned at two INGOs, one in New York, focused on gender-based violence, and one in Vienna, Austria, researching and writing about the prevention of violent extremism. Inspired by her internship in Vienna, Anna wrote her honors thesis on the moral and legal issues that arise from statelessness. After graduating, she moved to Taiwan as a teacher and then to Spain as a Fulbright Scholar. In Spain, Anna taught high school students various subjects and researched how conflict, history, and geography affected the local cuisine. This past summer, Anna interned with the Economic, Social, and Cultural Rights Project in Mexico City, Mexico, working with immigration and labor law. At Fordham, Anna is a staff member on the Urban Law Journal, a Negotiation Competition Team member of the Dispute Resolution Society, a Board of Student Advisor, and a member of Fordham Law Softball. 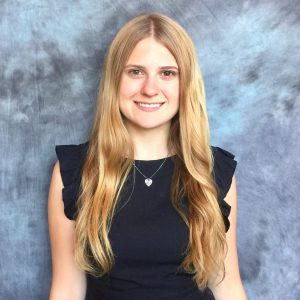 Elizabeth Garrison is a second year law student from South Florida. She studied Government and History at Dartmouth College and wrote her senior honors thesis on American public support for protecting minority rights abroad. During undergrad, she interned for the State Department in the Bureau of Democracy, Human Rights, and Labor where she interviewed human rights activists and prepared social media content on human rights abuses across the world. She also interned for the Department of Justice in the Civil Rights Division, Criminal Section where she assisted federal prosecutors on ongoing hate crime and police misconduct investigations. This past summer, Elizabeth interned for Safe Passage Project, a non-profit that provides free immigration services to unaccompanied minors. In law school, Elizabeth is the Events Director for Fordham’s chapter of the International Refugee Assistance Project (IRAP) and is a staff member of the International Law Journal. She is also currently enrolled in the Global Anti-Racism Clinic. In the future, Elizabeth plans on going into litigation. 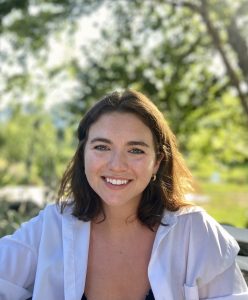 Kate Maguire graduated from New York University with a B.A. in Political Science, a B.A. in French, and a minor in European Studies. As an undergraduate, Kate worked on a variety of comparative political research projects but focused primarily on immigration and asylum issues in France, the US, and the Middle East. Kate also interned at the DC Attorney General’s Child Protection Section and the Lawyers Alliance for New York, which led her to join Teach for America after graduation. Most recently, Kate interned as a research assistant at the Netherlands-based Research Center for International Law and Human Rights, where she investigated human rights issues in Pakistan, India, and Kashmir. Kate is a member of Fordham’s Dispute Resolution Society’s Vis Arbitration team and Environmental Law Journal as well as the Speakers and Symposium Co-Chair of OUTLaws.

Shivani Parikh graduated from Cornell University with a B.S. in Development Sociology with minors in Inequality Studies, South Asian Studies, Asian American Studies, Demography, and Minority, Indigenous & Third World Studies (MITWS). During her undergraduate studies, she spent a semester abroad in Brazil, South Africa, and India and explored issues of race, urbanization, and social & spatial justice within the global economy. Her passion for international human rights and transnational solidarity then grew from seeing the advent of neocolonialism, as well as how Global South countries’ conditions are greatly shaped by Global North narratives and institutions. During her two gap years, she joined the Rockland Immigration Coalition, volunteered with Proyecto Faro, and worked at the Center for Safety & Change as the Coordinator of Outreach to Asian Communities. These roles, as well as her 2022 summer legal internship at Communities Resist, reified her commitment to work that addresses how refugees’ and asylum seekers’ needs are created and exacerbated by human rights abuses in their countries of origin. At Fordham Law, she is a Stein Scholar & Stein Council 2L Representative, a Co-Chair of the National Lawyer’s Guild, the South Asian Law Students Association’s Advocacy & DEI Chair, the Immigration Advocacy Project’s Community Outreach Coordinator, and a staffer on the Journal on Voting Rights and Democracy. 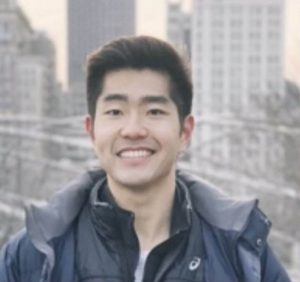 Stephen Park graduated from the University of Chicago in 2019 where he earned a BA in Political science. As an undergraduate, he wrote his senior thesis on the repression of Muslim groups in Xinjiang and studied abroad in Hong Kong during his third year. After college, Stephen was a project assistant at Sidley Austin for two years in Chicago, which included pro bono work on asylum cases. This past summer, he interned at the immigration unit of Legal Services NYC where he aided domestic violence victims and asylum applicants. At Fordham Law, Stephen is a staff member of the Journal of Corporate and Financial Law, a member of the Dispute Resolution Society Negotiation Team, and the professional development chair of the Asian Pacific Law Student Association. 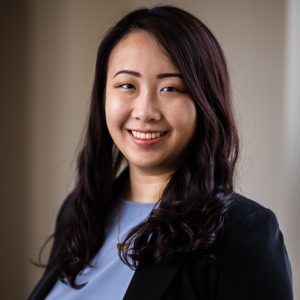 Ashlyn Phelps graduated from the University of Maryland, College Park, in 2017 where she earned a B.S. in Bioengineering. After college, Ashlyn worked for four years in healthcare software and church communications. Before starting law school, Ashlyn’s passion for international human rights law grew while serving as a fellow with International Justice Mission (IJM), working on their anti-forced labor trafficking initiatives in the Thai fishing and seafood industry and researching labor and environmental exploitation in the palm oil industry. At Fordham Law, Ashlyn is a staff member of the Fordham Law Review, a member of the Moot Court Board as a competitor on the Jessup International Law team, Chapter Director of the International Refugee Assistance Project (IRAP) Fordham, President of Fordham Christian Fellowship, and Secretary of the Asian Pacific American Law Students Association (APALSA). Ashlyn also regularly volunteers with Open Hands Legal Services (OHLS) at their civil legal aid desks through NYC. This past summer, Ashlyn was a Leitner Center Summer Fellow working for Landesa, an international land rights NGO, focusing on tenure rights in Cambodia’s mangrove forests. This fall, she will be a Judicial Intern for the Honorable Judge Kiyo A. Matsumoto in the Eastern District of New York. 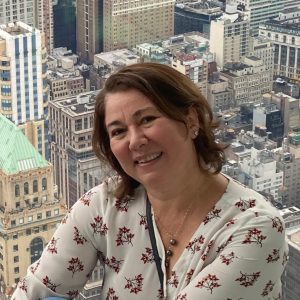 Marciana Popescu graduated from the University of Bucharest in 1994, with a bachelor in Social Work. She came to the United States as a Fulbright student in 1996, and completed her MSW at Tulane University, in 1997. Her Fulbright research project focused on a comparative analysis of the legal and policy framework for domestic violence and violence against women in general, and the implications on women’s rights. She continued her graduate studies at the University of Bucharest and earned a PhD in Sociology in 2000. Marciana Popescu is a professor at Fordham University since 2006, and conducts research on international social development, forced migration and displacement, and women’s rights. She is also a second year Fordham Law student in the evening division. This summer, she participated in the Ireland Summer program, taking two courses on International Human Rights and Conflict Resolution; and International Criminal Law. She is also co-directing a project aiming to increase access to health and mental health care for women asylum seekers in New York City. 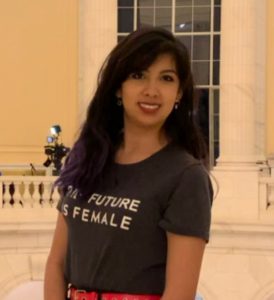 Tammy Zapata graduated from Augustana College (Rock Island, IL) in 2018 with a B.A. in Political Science (concentration in Comparative Politics) and International Business with a minor in French. In between undergrad and law school she worked on Capitol Hill as a Congressional staffer for Congresswoman Cheri Bustos where we handled issue areas such as Women’s Issues, Science and Animal Rights. This past summer, Tammy worked as a legal intern for Catholic Charities in their Unaccompanied Minor program; helping non detained individuals through their asylum and visa process. At Fordham Law Tammy serves as the 2L President of the First Generation Student Organization (F1GS), the Fundraising Chair for LALSA, and the Co-Diversity & Inclusion/Co-Social Media Manager for If/When/How: Lawyering for Reproductive Justice. She is also a staff member on the Urban Law Journal.
Share this: