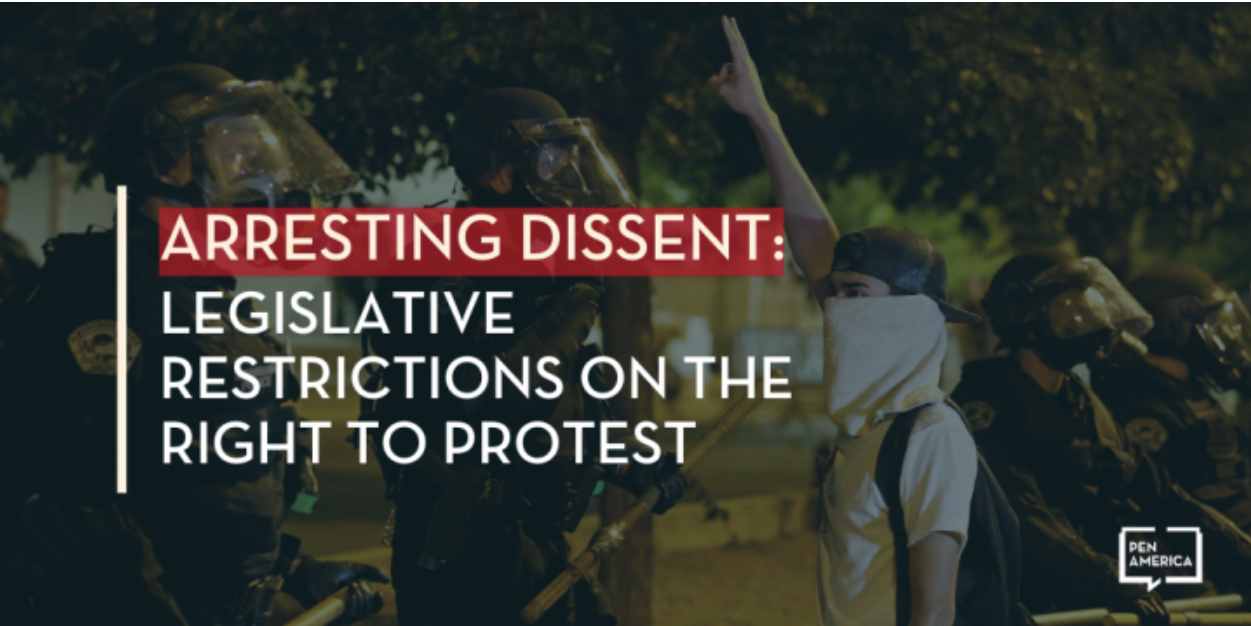 May 28, 2020 –  A critical report on recent restrictions on the right to protest in the United States was released by PEN America this month, developed with research conducted by Fordham Law School students at the Leitner Center for International Law and Justice. The increasingly polarized political environment in the United States has brought large numbers of people out into the streets to exercise their rights to speak, to assemble and to march in response to a number of issues, including the environment, criminal justice, and racial and ethnic inequality, among others. State legislatures across the country have responded to the increased political activity by introducing bills to suppress or restrict the right to protest beyond limitations on time, place and manner of such speech.

The Leitner Center for International Law and Justice collaborated with PEN America to conduct an analysis of all relevant state legislature proposals to constrain the right to assembly beginning with the 2015 legislative session and to develop a database of these bills alongside a typology of anti-protest bills.  PEN America drew on this research to draft Arresting Dissent:  Legislative Restrictions on The Right to Protest examining where and how these efforts aim to restrict the right to protest. The report concludes that whereas prior to 2017 the number of restrictive protest bills was almost negligible, from 2015-2019, 116 bills were proposed to limit protest rights in state legislatures across the United States. Of those, 23 have become law in 15 states, and nearly one third of all states have implemented new regulations on protest-related activity in the past five years. These anti-protest bills ultimately chill First Amendment rights and target specific social movements.