Since January, the Leitner Center for International Law and Justice at Fordham Law School has been busy! We’ve hosted over 20 events, conducted human rights fact-finding visits and trainings, launched a new blog, produced reports and advocacy materials, and provided support to students gaining practice experience in human rights law. In this newsletter, find out what we’ve been up to, and how you can get involved and help us continue this important work.

Distinguished Scholar-in-Residence Gay McDougall has been elected to serve as an Independent Expert on the UN Committee on the Elimination of Racial Discrimination. Her term will begin in January 2016 and will last for four years.

Professor Chi Mgbako, Director of the Walter Leitner International Human Rights Clinic, was named a 2015 Rising Star by the New York Law Journal. She was one of 50 lawyers recognized for her outstanding contribution to the practice of law. Her book “To Live Freely in This World: Sex Worker Activism in Africa” is also set to be published by NYU Press by the end of this year. 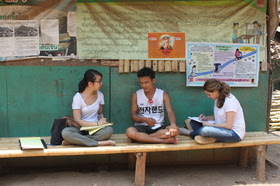 Crowley Program in International Human Rights: In May, the Crowley Program traveled to Thailand and Myanmar for two weeks to document the rights of refugees along the border. The team investigated the conditions in the refugee camps, as well as conditions inside Myanmar for possible returns. As part of the fact-finding, the Program interviewed refugees, NGO officials, government officials and independent experts. The team consisted of Crowley Fellow Zach Hudson, Executive Director Elisabeth Wickeri, Professor James Kainen, eight Fordham Law School students, and Program Assistant Elizabeth Gyori.

Walter Leitner International Human Rights Clinic: Students in Professor Chi Mgbako’s Human Rights Clinic developed a 100-page Handbook for Rape and Sexual Violence Cases. Based on interviews with over 20 NGOs worldwide and comparative research, the manual details best practices for community-based paralegal programs handling sexual violence cases. It is available online to hundreds of paralegal organizations worldwide through the Namati global network website. Other students in the Clinic wrote a memo on the disparate impact of broken windows policing in New York City. This was sent to the Office of the Inspector General for the New York City Police Department, which has said that it will open an investigation into the effects of broken windows policing. The Clinic also did consultancy work for the New York Justice League, a lead organizer of the Black Lives Matter movement in New York, regarding recommendations for legal, policy, and human rights interventions targeting police brutality in New York City. 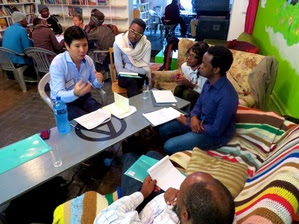 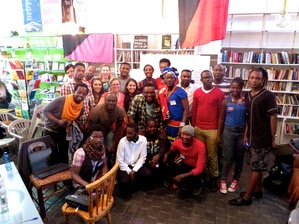 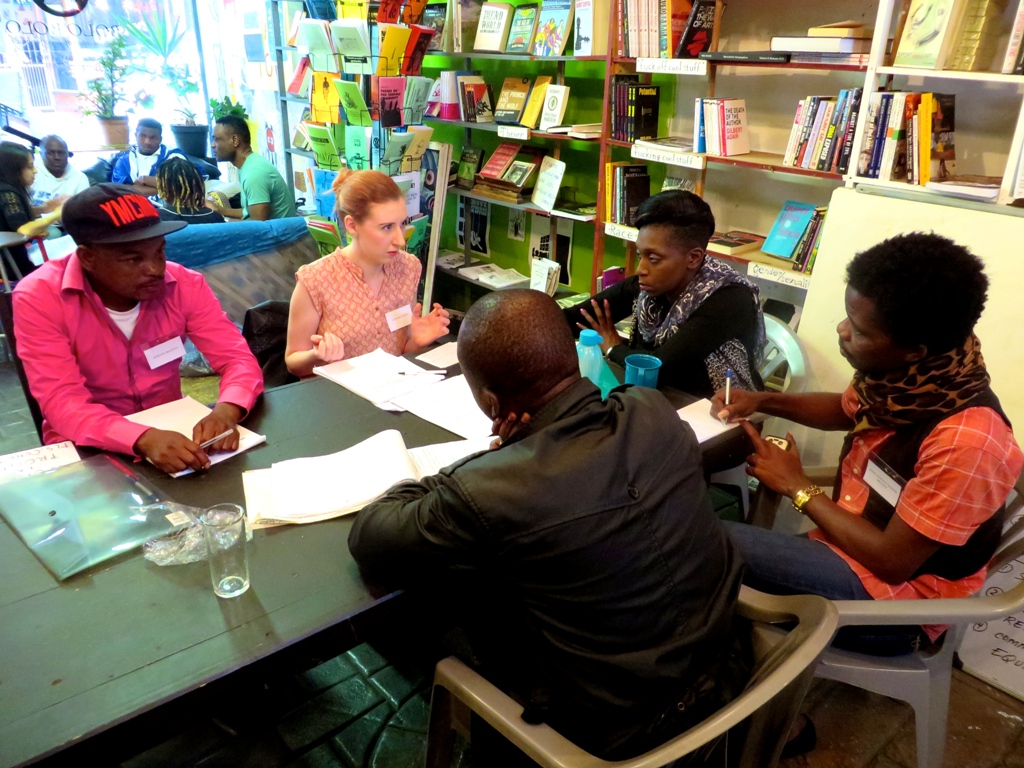 International Law and Development in Africa Clinic: Students in Professor Paolo Galizzi’s ILDA Clinic worked with Jeanmarie Fenrich, Director of Special Projects in Africa, and Zach Hudson, Crowley Fellow in International Human Rights, and regional partners to develop and conduct a 3-day training for 25 NGO representatives from across sub-Saharan Africa on using international and regional laws to protect the rights of LGBTI persons. Other Students prepared a memo for a committee of the Ghanaian Supreme Court on establishing a permanent clerkship program for the High Courts of Ghana. And three students, under the supervision of Senior Fellow Alena Herklotz, drafted assessment reports on preventing and responding to wildlife crime in the Democratic Republic of the Congo, Kenya, and Tanzania.

Corporate Social Responsibility Clinic: In Professor Paolo Galizzi’s Corporate Social Responsibility Clinic, students worked with Senior Fellow Emily Smith Ewing to perform comparative analyses and evaluations of the Accord on Fire and Building Safety in Bangladesh and the Alliance for Bangladesh Worker Safety, two factory safety initiatives major clothing brands signed onto after the devastating collapse of Rana Plaza apparel factory in 2013. Students also researched and drafted a shadow report to the UN on human rights abuses committed by a transnational corporation against the Afro-descendent community in Colombia. 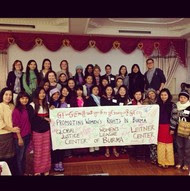 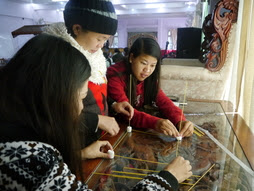 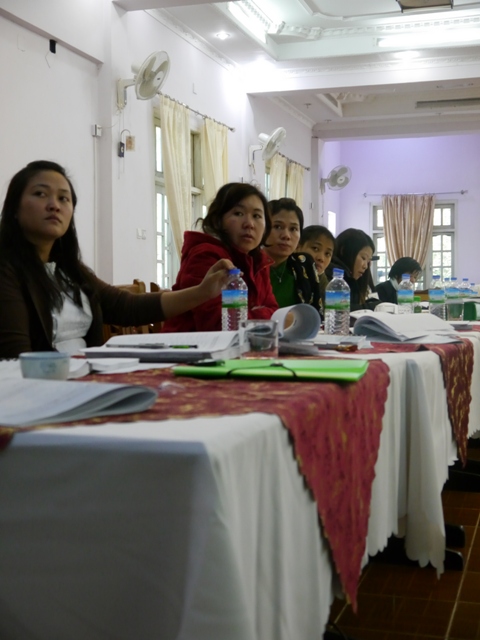 Asia Law and Justice Program: In January, Executive Director Elisabeth Wickeri, Senior Fellow Joey Lee and two Fordham Law students traveled to Myanmar to conduct trainings on international and regional legal mechanisms for advancing gender equality. Human rights lawyers, civil society groups, and over 30 ethnic minority women activists from across Burma attended the training, which was conducted as part of an ongoing, two-year project in partnership with the Global Justice Center (GJC). Students and staff also drafted a report on gender equality in Myanmar, which is due to be jointly released later this year with GJC. 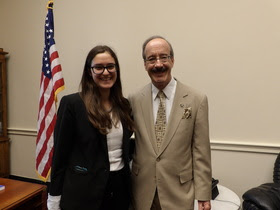 The Leitner Center supported students pursuing unpaid internships in international human rights law during the summer of 2015 in Japan, Russia, Palestine, Costa Rica and Washington, DC. As part of the program, students wrote blog posts about their experiences which you can read here. 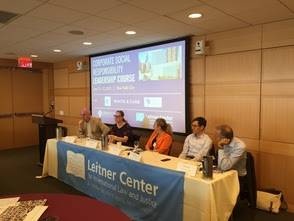 Corporate Social Responsibility Leadership Course: The Corporate Social Responsibility (CSR) Program, overseen by Professor Paolo Galizzi and Senior Fellow Emily Smith Ewing, held its second Corporate Social Responsibility Leadership Course this June. This intensive 2-day course is designed for lawyers, professional services providers, CSR practitioners, business professionals and graduate students who are interested in gaining a robust understanding of the law surrounding CSR and learning about a range of practical instruments and mechanisms available to help navigate this challenging terrain. The program drew participants from across the legal and business sectors and speakers from Fordham Law School, Morgan Stanley, Google, PVH Corp., Barclays, Siemens, and the UN Global Compact, among others.
Summer Human Rights Institute: This July, the Center held the second annual Summer Human Rights Institute (SHRI), a two-week intensive certificate program that provides a comprehensive introduction to the theory and application of international human rights law. Designed for both students and professionals, this immersive program enables individuals with limited time to gain an in-depth understanding of international human rights law and practice. Participants took part in daily lectures and workshops with Fordham Law professors, supplemented by fieldwork and discussions with members of New York’s prominent human rights community. Students from all over the world joined us for this program.

March 3: From the Ground Up: Perspectives from Human Rights Defenders in Burma

March 3: Criminal Law in the Jurisprudence of the Inter-American Court of Human Rights

March 3: Free All Political Prisoners: Human Rights in the Philippines

February 20: Why Human Rights Treaties Matter: A Comparison of Judicial Responses to the Detention of Asylum-Seekers in the U.S. and the U.K.

January 20: Ferguson Is Everywhere: Policing and the Criminalization of Communities of Color

Visit our website, blog, Facebook page, and Twitter to stay connected with the Leitner Center. Join our Leitner Center network on LinkedIn. Alums should also email leitnercenter@law.fordham.edu with updates and news to keep in touch about their work. Friends and alums can also support the Leitner Center’s ongoing work by giving today!