The Leitner Center Announces the 2020-21 Class of Crowley Scholars

The Leitner Center for International Law and Justice is proud to announce the 2020-21 Crowley Scholars, marking the 23rd class of Fordham Law students to engage in rigorous, hands-on training in international human rights advocacy since the Crowley Program in International Human Rights was first established in 1997. This year, a team of eight Crowley Scholars will engage in projects on speech, protest, and related rights and freedoms in Hong Kong and the United States. 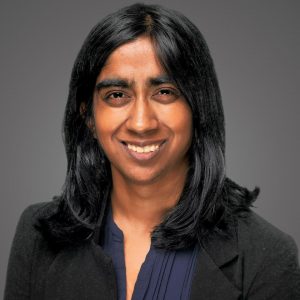 Winn Periyasamy graduated from Barnard College in 2013 with a Bachelor’s Degree in Political Science and from Mailman School of Public Health in 2016 with a Master’s Degree in Public Health (Sociomedical Sciences with a Social Determinants of Health certificate). Between her Master’s and starting law school, she has worked in various health policy and nonprofit roles with the Federation of Protestant Welfare Agencies (FPWA), Physicians for a National Health Program – NY Metro Chapter, and Alembic Unlimited. She is currently participating in the 2020 – 2021 Coro New York Immigrant Civil Leadership Program. Her writing has appeared in the Guardian, the Nation, City and State NY, Gotham Gazette, and more. In Law School, Winn is a Stein Scholar and the Policy Director for IRAP Fordham. This summer she worked as a summer law and policy innovation intern at the Center for Popular Democracy’s Immigration Team and as a research assistant for Fordham Law Professor Kimani Paul-Emile researching race and health issues. Twitter: @wperiyasamy

Abdulai Turay  graduated from the University of Maryland in 2018, where he earned a B.A. in Government and Politics, with a minor in History. During his undergraduate studies, Abdulai worked as a legislative intern for Congressman John Sarbanes, conducting research on issues of public policy. Before attending law school, he also worked as a legal intern at the Ministry of Justice in his home country of Sierra Leone. This past summer, he interned at the Queens County District Attorney’s office in their Intake Bureau. At Fordham Law, Abdulai serves as President of the Black Law Students Association and is a staff member of the Urban Law Journal and Fordham Law Moot Court. 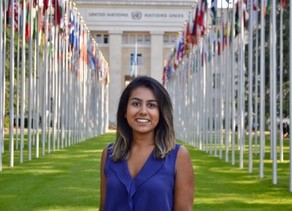 Melissa Brij-Raj graduated from Northeastern University with a B.A. in Political Science and M.A. International Affairs. While working on her masters degree, she worked full-time at small immigration firm in Boston, MA. Before starting law school, Melissa presented her capstone research, Nanotechnology & the Politics of Regulation in Asia- Regional Divergence at the Chinese University of Hong Kong’s International Conference on Regulatory Governance. This past summer, Melissa interned at ViacomCBS as a part of her New York City Bar Diversity Fellowship. At Fordham Law, Melissa is a staff member of the Urban Law Journal, Social Media Chair for the Latin American Law School Association (LALSA), and Speakers & Events Secretary for Fordham’s First Generation Student (F1GS). 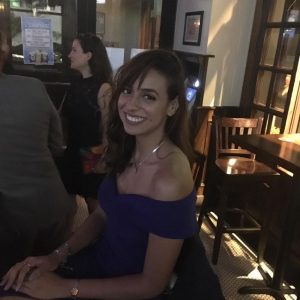 Vanessa Toro-Plaza graduated from the John Jay College of Criminal Justice with a B.A. in Culture and Deviance Studies.  After receiving her degree, Vanessa worked at Davis Polk and Wardwell LLP and Robert Walters.  At Davis Polk, she worked as a Legal Assistant on various matters, including asylum cases.  At Robert Walters, Vanessa was a Candidate Manager while also volunteering at Sanctuary for Families.  This past summer Vanessa interned at Safe Passage Project.  She worked directly with clients and drafted Asylum and SIJ briefs and affidavits.  Despite the internship being over, Vanessa will continue to volunteer at Safe Passage Project throughout the fall semester.  At Fordham Law School, Vanessa is a staff member on the Urban Law Journal, LALSA Co-Alumni Chair, and F1GS Professional Development Secretary.  She also volunteers for Womens Law – a domestic abuse hotline. 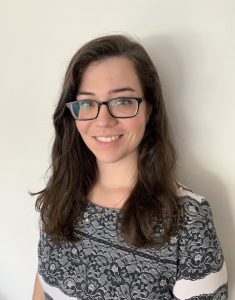 Alexandra E. Cosio-Marron   graduated from Loyola University Chicago in 2015 with a B.A. in Political Science and International Studies, and a minor in History. While at Loyola, Alex studied abroad in Tunisia studying the Jasmine Revolution and interned at the U.S. Embassy in Oman with the Office of Military Cooperation. This past summer, Alex worked as a research assistant at Fordham’s Neuroscience and Law Center where she analyzed the use of neuroscience evidence in court cases from 1990-2012. She is also, on the board of Fordham Law Women, a staff member of the Urban Law Journal, and is a member of the Brendan Moore Trial Advocacy Center.

Courtney Vice graduated from the University of Kentucky in 2019 with a B.A. in Political Science and minor in Philosophy. As an undergrad, she independently researched both international and domestic human rights topics, which were later presented at state and regional political science conferences. This past summer, she interned at the USPS working in federal employment litigation. At Fordham Law, Courtney is a staff member of the Urban Law Journal, a member of the Brendan Moore Trial Advocacy Center, and a legal intern at the Legislation and Policy Advocacy Clinic. 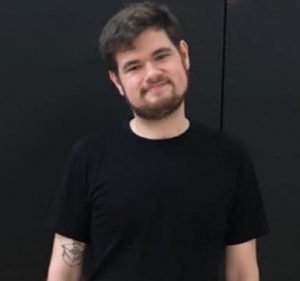 Tiffen McAlister graduated from NYU’s Gallatin School of Individualized Study with a B.A. in African-American Political History. As an undergrad, he researched housing rights in both New York and New Orleans, his hometown. This past summer, he worked as a civil intern for the Neighborhood Defender Service of Harlem helping tenants fight for their housing rights and as a research assistant for Professor Catherine Powell studying the ideological overlap between the Black Lives Matter and #MeToo movements. Currently, he is the President of Fordham’s American Constitution Society and a staff member on Fordham’s International Law Journal.

Kimya Zahedi graduated from Sarah Lawrence College in 2013 with a Bachelor’s Degree in International Development Studies and from Johns Hopkins School of Advanced International Studies (SAIS) in 2016 with a Master’s Degree in International Relations and International Economics. She also has a Certificate in United Nations Studies from Columbia University School of International and Public Affairs (SIPA). Kimya has worked in journalism and nonprofit roles at the Years Project, VICE News, Omid Foundation (Tehran), and United Nations Women for Peace Association (UNWFPA). She currently serves on the Board of Directors of Waterwell, a civic arts and arts education organization and is an active member of the Iranian American Women’s Foundation (IAWF). In Law School, Kimya is a Crowley Scholar, Professionalism Fellow, Chapter Director of IRAP Fordham, and a staffer on the International Law Journal. This past summer she worked at the Federal Defender’s Office in the Eastern District of California.