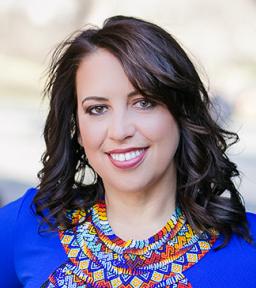 Natasha Lycia Ora Bannan is Associate Counsel at LatinoJustice PRLDEF. Natasha’s work focuses on the economic exploitation and discrimination against low-wage Latina/o immigrant workers, as well as legal support in the face of the economic and humanitarian crisis in Puerto Rico. She works on both domestic litigation and international advocacy before human rights mechanisms concerning issues including: state-sanctioned violence and failure to protect; self-determination and decolonization processes; gender justice; and immigrants’ rights.

Prior to joining LatinoJustice PRLDEF, she worked at the Center for Reproductive Rights and clerked for the Hon. Ronald L. Ellis in the Southern District of New York. Natasha graduated from CUNY School of Law, where she was Editor-in-Chief of the CUNY Law Review and a Fellow at the Center for Latino/a Rights and Equality.

Natasha is the immediate past President of the National Lawyers Guild, the nation’s largest and oldest progressive bar association, and Co-Chairs its Subcommittee on Puerto Rico. She is a Board member of the Center for Constitutional Rights and MADRE, an international women’s human rights organization.  Natasha is Co-Chair of the New York City Bar Association’s Task Force on Puerto Rico and is Secretary of the Inter-American Affairs Committee.  Natasha is an Adjunct Faculty member at John Jay College of Criminal Justice where she teaches a course on international law.

Natasha has written several articles, including Puerto Rico’s Odious Debt: The Economic Crisis of Colonialism, 19 CUNY L. Rev. 287 (2016), and has been featured in numerous news outlets.