Hate crime or terrorism? Lone wolf or extremist? These words are often used to describe ideologically motivated violence in the US, and their use by officers of the law and members of the media has impact on real cases. A recent ISPU report examines cases in which perpetrators of similar crimes receive dramatically different legal and media responses.

Equal Treatment?: Measuring the Legal and Media Responses to Ideologically Motivated Violence in the U.S. is an empirical analysis comparing media coverage, law enforcement tactics, charges, and eventual sentencing when the perpetrator of an act of ideologically motivated violence is perceived to be Muslim and acting in the name of Islam vs. not perceived to be Muslim and motivated by another ideology, such as white supremacy. 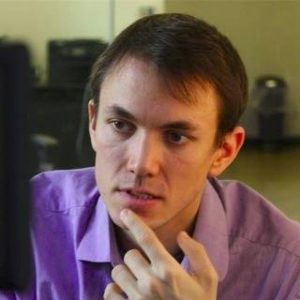 Carey Shenkman is an attorney, litigator, and author specializing in human rights and Constitutional law. He works with numerous organizations, including ISPU, CAIR, the Center for Constitutional Rights (CCR), and ARTICLE 19. He serves on the board of the Calyx Institute, which focuses on educating the public about privacy in digital communication, and is an advisor to Columbia’s Global Freedom of Expression Program. He previously worked for the late Michael Ratner, President Emeritus of CCR. Mr. Shenkman holds two degrees in mathematics and regularly writes on issues of free speech, human rights, and technology. He graduated from New York University School of Law, where he served as an editor of the NYU Law Review.