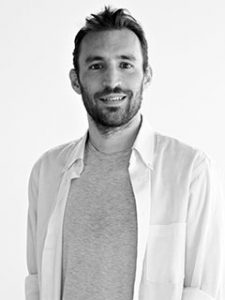 Alec Karakatsanis is the founder and Executive Director of Civil Rights Corps, a non-profit organization dedicated to systemic litigation and advocacy that challenges the pervasive injustices in the American criminal legal system, and the author of Usual Cruelty: The Complicity of Lawyers in the Criminal Injustice System.

Alec Karakatsanis is interested in what we choose to punish. For example, it is a crime in most of America for poor people to wager in the streets over dice; dice-wagerers can be seized, searched, have their assets forfeited, and be locked in cages. It’s perfectly fine, by contrast, for people to wager over international currencies, mortgages, or the global supply of wheat; wheat-wagerers become names on the wings of hospitals and museums.

He is also troubled by how the legal system works when it is trying to punish people. The bail system, for example, is meant to ensure that people return for court dates. But it has morphed into a way to lock up poor people who have not been convicted of anything. He’s so concerned about this that he has personally sued court systems across the country, resulting in literally tens of thousands of people being released from jail when their money bail was found to be unconstitutional.

Karakatsanis doesn’t think people who have gone to law school, passed the bar, and sworn to uphold the Constitution should be complicit in the mass caging of human beings–an everyday brutality inflicted disproportionately on the bodies and minds of poor people and people of color and for which the legal system has never offered sufficient justification. Usual Cruelty is a profoundly radical reconsideration of the American “injustice system” by someone who is actively, wildly successfully.

Karakatsanis graduated from Yale College in 2005 and Harvard Law School in 2008, where he was a Supreme Court Chair of the Harvard Law Review. Before founding Civil Rights Corps, Alec was a civil rights lawyer and public defender with the Special Litigation Division of the Public Defender Service for the District of Columbia; a federal public defender in Alabama, representing impoverished people accused of federal crimes; and co-founder of the non-profit organization Equal Justice Under Law. He is the author of Policing, Mass Imprisonment, and the Failure of American Lawyers, 128 Harv. L. Rev. F. 253 (2015), and The Human Lawyer, 34 N.Y.U. Rev. L. & Soc. Change 563 (2010). Within his work and advocacy, Karakatsanis is focused on ending human caging, surveillance, the death penalty, immigration laws, war, and inequality. He was awarded the 2016 Trial Lawyer of the Year by Public Justice for his role in bringing constitutional civil rights cases around the country to challenge the money bail system.