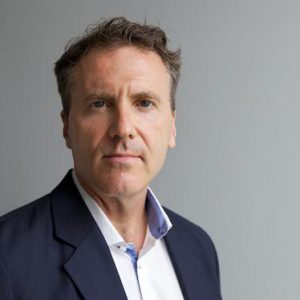 Phelim Kine, deputy director of Asia division at Human Rights Watch, joined us to discuss how President Duterte is turning back the clock on the Philippines’ post-authoritarian democratic transition and the sinister contagion factor it poses for other post-authoritarian regional states. 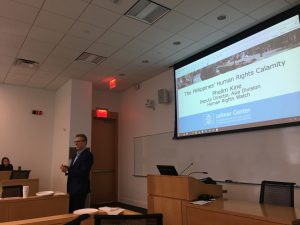 Rodrigo Duterte has launched a ferocious and sustained attack on human rights, rule of law and accountability mechanisms designed to prevent such abuses. Duterte’s murderous “drug war” has killed more than 12,000 men, women and children and despite strong evidence that Philippine National Police and their agents are linked to large numbers of “drug war” extrajudicial killings, there have been no successful prosecutions of any individuals implicated in such deaths. In Duterte’s third year in office, he is consolidating his grip on power, muzzling critics and defying efforts by the international community to stop the killing and bring the perpetrators to account. 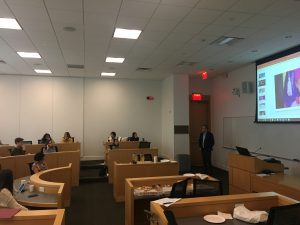 Phelim Kine is a deputy director in Human Rights Watch’s Asia Division. Kine worked as a journalist for more than a decade in China, Indonesia, Cambodia, and Taiwan prior to joining Human Rights Watch in April 2007. He has written extensively on human rights issues including military impunity, transitional justice, corruption, child sex tourism, religious intolerance, and illegal land confiscation. Kine’s opinion pieces on human rights challenges in Asia have appeared in media including the New York Times, Asian Wall Street Journal, Financial Times, Forbes, The Guardian, CNN.com, Foreign Policy, and the Harvard International Review. Kine has spoken publicly on Asia’s human rights challenges at venues ranging from the European Parliament and the American Chamber of Commerce in Hong Kong to the Council on Foreign Relations and a hearing of the U.S.-China Economic and Security Review Commission (USCC). Kine is an adjunct professor in the Roosevelt House Human Rights Program at Hunter College in New York City.